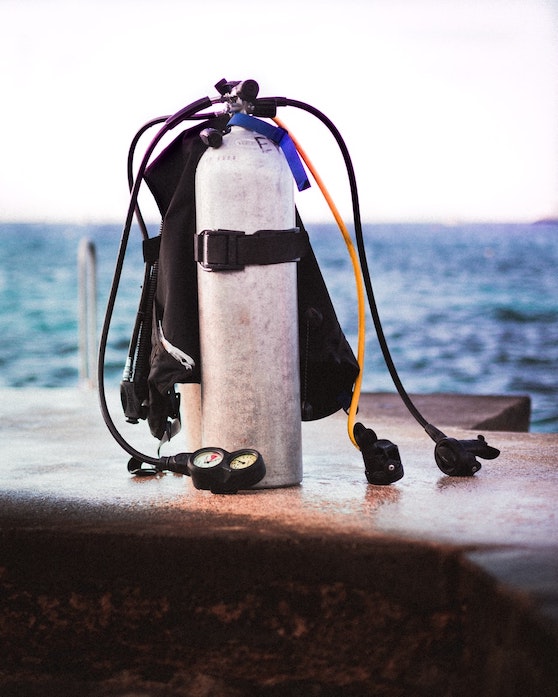 When novice divers decide to start buying their own scuba gear, it shows a certain commitment. Yet there are some things new divers should know before buying diving equipment. One of the more important elements in a diver’s kit is scuba tubing/hoses, which are vital for breathing underwater. Understanding how scuba tubing/hoses work, along with how to protect and when to replace them, will make for a safer diving experience. Even with experienced divers, knowing how to differentiate between which lengths and types of hosing work best for consoles, ports, regulators, mouthpieces and other diving gear requires a bit of in-depth knowledge.

It’s always a good idea to replace scuba tubing/hoses after approximately 500 dives, or every five years, whichever comes first. Things like age, the manner of storing and mishandling can cause equipment failure, regardless of their quality or the materials from which they’re made. Because of their importance, it’s better to err on the side of caution and replace them if there’s any doubt.

To ensure scuba tubing/hoses last as long as possible, it’s always a good idea to limit their exposure to sunlight, as heat and ultraviolet (UV) light tend to break the material down. Using chemicals or solvents to flush them out or otherwise keep them clean will also lessen how long they last. For these reasons, divers should inspect scuba tubing/hoses for corrosion, mechanical damage, leaks and bulges each time they go diving.

It’s important to know how to measure scuba tubing/hoses. To find the right length, it’s important to measure from the female fitting’s end to the O-ring at the male base’s end. This won’t include measuring the threads on the male end, however. Any unpressurized scuba tubing/hoses may vary as much as half an inch, though once pressurized the length of these hoses can change slightly.

Lengths can simply be measured from end-to-end, including the fittings. Configurations help determine length, as does the type of equipment. Occasionally these vary slightly from the lengths listed below due to a slight manufacturing tolerance.

Experienced recreational or sports divers use 40-inch (101 cm) or 60-inch (152 cm) long scuba tubing/hoses. These hoses would be used in an emergency, so they need to be longer and usually come in black, yellow or neon yellow. For the backup/octopus second stage regulator, a black-colored and shorter 22-inch (56 cm), 24-inch (61 cm) or 26-inch (66 cm) tubing is used from which they breathe.

A common choice for technical diving involves a stage regulator setup with 40-inch (101 cm) length hosing. Various colors are often used for these hoses to more easily identify which hose attaches to the breathing gas cylinder.

Advanced divers, including many instructors, believe common hose lengths should be longer to deal with emergency situations. Longer hoses for open water diving often are 60 inches (152 cm). A lot of technical divers have since even adopted hoses as long as 84 inches (213 cm) for overhead environments such as diving in caves, under ice or into shipwrecks.

Scuba tubing/hoses tend to be either 24 inches (61 cm) or 26 inches (66 cm) in length, though some divers prefer shorter length 22-inch (56 cm) tubing for shorter BCD assemblies.

Many divers create unique color schemes for their scuba tubing/hoses. Common colors include:

Most technical divers have all their hoses colored black. They don’t color-code any regulator hoses, while the longer hose for the primary second stage regulator gets donated. Often green or white hoses are used for cylinders with 90 percent or more oxygen mixes. For those mixed with between 21-89 percent oxygen, mellow or fluorescent yellow are often used, though divers can choose their own color schemes. Inflator hoses are commonly blue.

Sports and recreational divers use industry standard regulator hose configurations, and typically use either mellow or fluorescent yellow for octopus/backup regulator hose. Black or carbon black often are then used for primary regulator hoses, though these can be any non-yellow color.

For streamlined configurations, both primary and backup regulator hoses often are black. However, mellow or fluorescent yellow can be used instead for the longer primary regulator hose, which is the one used for emergencies, in order to make it more visible underwater.

For the backup/octopus second stage regulator, which is hung around the diver’s neck, black or carbon black work best, though many divers use their own preferred colors for either of these. As per technical diving, inflator hoses often are blue.

M.M. Newman Corporation additionally offers a selection of spiral wrap that is UV Resistant. The company’s black-colored polyethylene and nylon spiral wraps both are UV resistant.

UV-resistant spiral wrap is effective for color-coding scuba tubing/hoses and prevents chafing which could cause potential equipment failures. M.M. Newman Corporation continues to develop new products to help protect tubing/hoses, including a new orange-colored UV-resistant spiral wrap. In addition to its ability to absorb UV radiation, this color on this new wrap won’t fade quickly either.